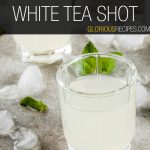 You would likely have come across tea shots on a cocktail menu and maybe even tried some of them if you’ve been to a few bars.

There are many variations of this shooter and one of the most popular is the White Tea shot.

If you have no idea what a White Tea shot is, read on as we introduce this delicious and refreshing party shooter that you’ll soon be addicted to.

You’ll also be able to find the super easy White Tea shot recipe below in the recipe card section!

What Is A White Tea Shot

White Tea shot is made with a basic combination of vodka, peach schnapps, sour mix, and a splash of lemonade.

The original version is actually called a Green Tea shot.

It was created by Jameson and named as such due to its green hue.

As it gained in popularity, many other variations of this shooter started sprouting up all over, and White Tea shot is just one of them.

Even if we focus on just White Tea shot itself, there are slight variations as to the ingredients used as well, such as using sprite in place of lemonade or just adding simple syrup.

Nothing’s cast in stone and what’s most important is that the drink tastes good and everyone enjoys it!

Is There Tea In White Tea Shot?

Let us put this age-old question to rest here.

Despite the name, there is no tea at all in any tea shots, not only White Tea shot.

Any tea shot recipe you find that contains tea is not just not authentic, or it’s meant to be a twist on the original recipe.

To understand why, we would have to go back again to the origins of the original Green Tea shot.

When the Green Tea shot was created by Jameson, it was named as such only for the color.

Other variations include changing the alcohol base to tequila and it’s commonly known as Oolong Tea shot.

The White Tea shot recipe is simple, easy to follow, and it only takes a minute to concoct this tasty shooter:

Tip #2: You can also substitute lemonade with sprite, 7-up, or any citrus soda. Try and see which one you prefer!

How do we make simple syrup if we’re not using sour mix?

Homemade simple syrup is fast, easy, and can be used in many cocktail recipes so it’s good to premake and stock up in your house.

To make a simple syrup, just add equal parts granulated sugar and water into a saucepan.

Heat it up and stir till the sugar is fully dissolved, then let it cool and pour it into a jar for storage.

It’s that simple and you have a few options from here.

You can substitute sour mix with equal parts simple syrup and freshly squeezed lemon juice, which will be the most refreshing version since it’s fresh.

How do we make our own sour mix?

With your simple syrup, you can also make your own basic sour mix by using equal parts of simple syrup, lemon juice, and lime juice.

Shake it in a cocktail shaker and you’re done!

Feel free to tweak the sour mix proportion to your liking.

How many calories are there in one White Tea shot?

Each White Tea shot is estimated to contain around 75 calories.

It’s not a lot but because it’s unlikely that you’ll only consume 1 shot, it’s all going to add up pretty fast!

How strong is the White Tea shot and how much alcohol content is there?

Much of it of course depends on the strength of the 2 alcohols, namely vodka and peach schnapps.

While not the strongest shot, it is higher than a regular glass of wine so don’t be deceived by the sweetness as it can still pack a punch!

Nutrition information is only an estimate and can vary depending on ingredients used.

Did you make this recipe?

To make a Green Tea shot, just change the alcohol base to whiskey instead of vodka.

And for the original Green Tea shot recipe, make sure to use Jameson Irish Whiskey.

Hence, the list of ingredients that you would need to prepare would be:

Refer to the recipe card above for the steps to make a Green Tea shot, replacing vodka with Jameson Irish Whiskey.

To make an Oolong Tea shot, use tequila as your alcohol base instead of vodka.

Hence, the list of ingredients that you would need to prepare would be:

Refer to the recipe card above for the steps to make an Oolong Tea shot, replacing vodka with your favorite tequila.

All of these tea shots make for great party shooters and pack a punch even though they taste sweet.

You’ll easily be popping a few of these down because they’re just so tasty!

Let us know how your White Tea shot turned out in the comments below!

For more alcohol recipes, check out the following:

Share on your favorite social media platform and tag us @GloriousRecipes – we can’t wait to see what you have made! 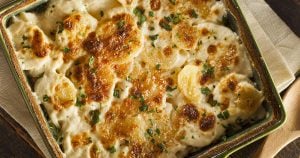 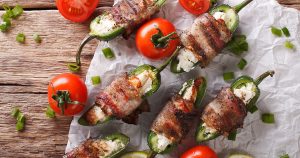 20 Best Dove Recipes That You Need To Try 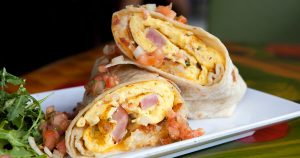 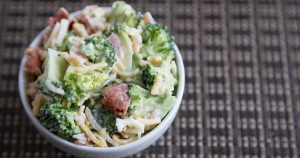